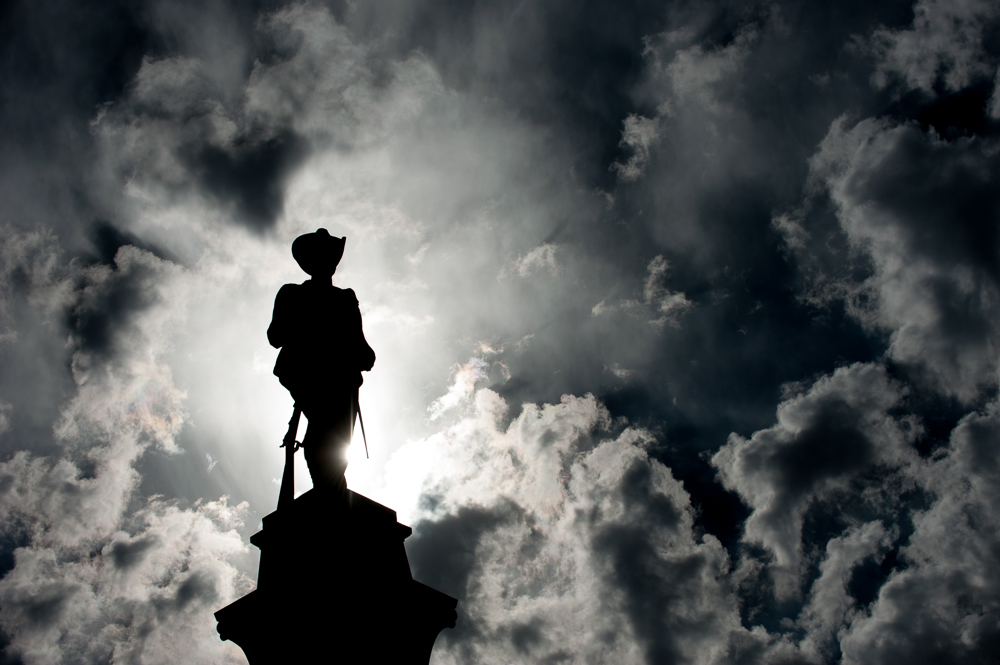 Statue of a Civil War soldier in Hoods Texas Brigade

The release of the Lincoln film, and the resulting stories and reviews have rekindled my interest in Civil War history.  Following an assignment today at the Texas Capitol, I took time to see some of the Civil War era artifacts and statues on display.  The silhouette is a statue of a soldier in Hoods Texas Brigade, a unit that participate in many of the war’s major battles.  A display in the state archives building contains muster rolls, Confederate currency, battle flags and accounts of some Texans who remained loyal to the Union.

I found it somewhat ironic that next to the entrance to the archives building is a statue of Sam Houston.  Near that statue is a historical marker which details Texas secession from the Union, and Houston’s removal from the office of Governor, because of his opposition to that movement.  We have an interesting and complicated history.